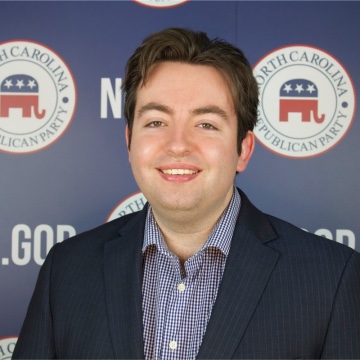 Josh Fritz started his political career at Elon University when he joined the 2015 Trump Campaign as a Field Organizer. Josh graduated from Elon with a Bachelor’s Degree in Political Science and joined the North Carolina Republican Party as a Regional Field Director for Congressman George Holding (NC-02). After 2018, Josh joined Carter Wrenn to learn campaign consulting with a focus on Data Analysis & Direct Mail.

Josh was brought on to the NCGOP in May of 2020 to become the Logistics Specialist for the Party to focus on the management of all Party Data, and focused on streamlining data infrastructure for all subsidiaries. In September 2020 Josh became the Campaign Manager for E.C. Sykes, and ran his campaign for Secretary of State in the closest a Republican has ever come to winning the seat.

He returned to the party in December of 2020 as the NCGOP Data Director.