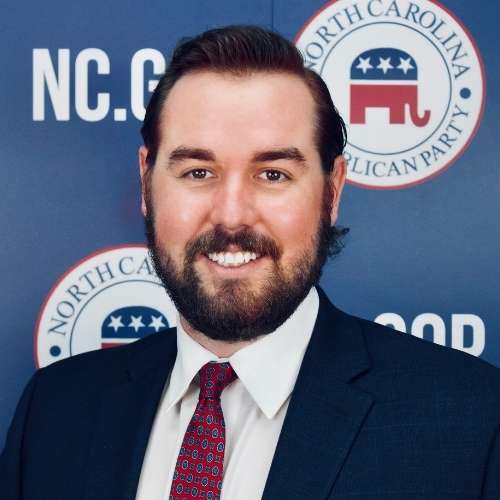 Originally from Greensboro, North Carolina, Philip Thomas came to the North Carolina Republican Party after working as the Deputy General Counsel for the North Carolina Department of Public Instruction. Philip is a graduate of the University of North Carolina at Charlotte and Campbell University School of Law. He has experience in every branch of state government - including working with Lt. Governor Dan Forest’s general counsel, the NC State House, the NC State Senate, the NC Court of Appeals, and several administrative agencies. Philip has also worked for several state and congressional campaigns as well as Americans for Prosperity. Philip joined the NCGOP in March 2020.