NCGOP Statement On
The Passing Of Tom Stark 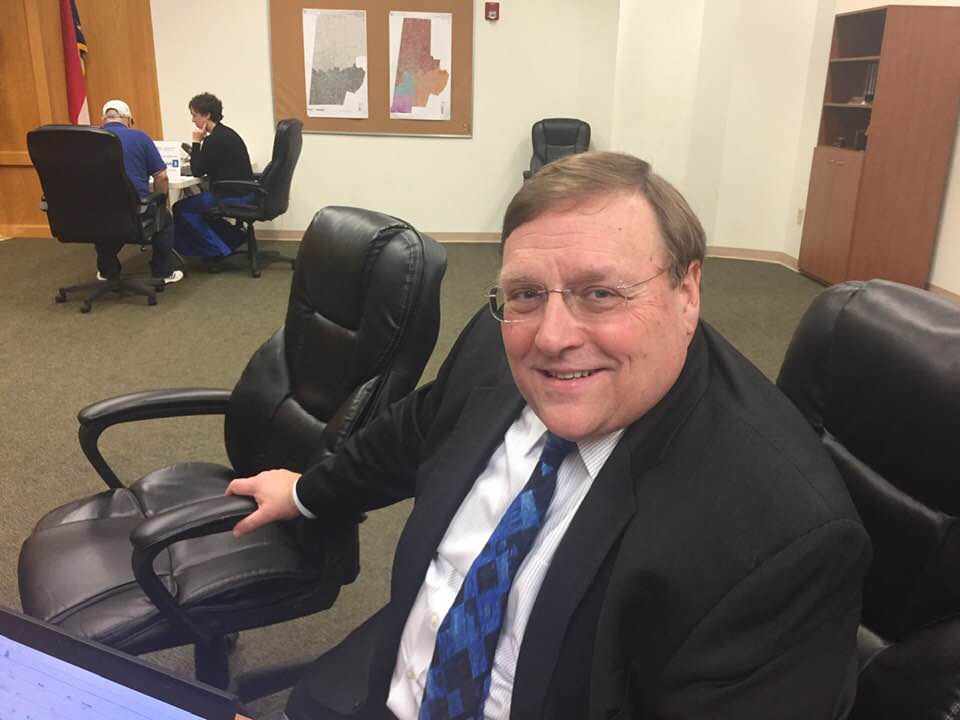 PRESS RELEASE: NCGOP Statement On The Passing Of Tom Stark.

"This morning we received the terrible news that Tom Stark, the North Carolina Republican Party's parliamentarian and general counsel, passed away last night from an apparent heart attack. This news comes as a complete and sudden shock. Tom was a dear friend, mentor, and counselor to us all. We ask that everyone please keep his wife Roxanne and his children in your thoughts and prayers this holiday season. We will release details of the funeral as they become available."

A Tribute to Tom Stark

Tom Stark, General Counsel for the North Carolina Republican Party, died in his office, while working on issues for the NCGOP, Monday 12/17/2018.

An announcement about services is pending, but will likely take place this weekend with visitation on Friday (12/21/2018) and services in Durham on Sunday 12/23/2018.

The NCGOP will also stage a celebration of his life and dedication to the Republican Party, at a later date.

Mr. Starks final moments were given to the NCGOP.

Woodhouse and Stark has spoken at 6:30 P.M. concerning a just memo released by the North Carolina State Board of Elections and Ethics Enforcement. Woodhouse suggested Mr. Stark write a public memo concerning the issue. Mr. Stark, as he always was willing to assist the NCGOP free of charge, quickly agreed to the request.

Woodhouse and Stark spoke on the phone at 9:46 P.M. Stark wanted to call attention to his rough draft which he was pleased with. Woodhouse said he would read it immediately.
Woodhouse congratulated Stark on a good draft via email at 9:50 P.M.

At roughly this time Mr. Stark spoke to his wife Roxanne, and said he thought he was having an allergic reaction to something he ate. She was in the process of bringing Benadryl to the office, when they spoke again and both agreed 911 should be called. By roughly 10:00 P.M. paramedics and Roxanne arrived to find our friend and colleague unresponsive. Paramedics attempted to revive him for an extended period of time, but his heart never regained a beat. He was pronounced dead at roughly 11:00 P.M.

That was Tom Stark.

Words can’t express my deep sadness over the sudden loss of my dear friend Tom Stark.

I could say many things about his deep dedication to the North Carolina Republican Party, how he answered the call, my call, to run for State Senate in a virtually impossible seat this year.
I asked him to pick up the mantel to run in Durham. The hardest seat. But he said yes. And he believed despite impossible odds, even if we could not win, the people of Durham, most of which are democrats, many of color, deserved to have someone court their vote. He believed in the power of ideas, and he wanted to show all people in his community the respect of competing for their votes.

He worked on every major issue for the party, for free. Just minutes before he died we had been on the phone together talking about the 9th Congressional District. In what would be his final words to us, he emailed his thoughts on the subject . These final words should be seen when the time is right.

We spoke most days. Often not about politics. His face would light up talking about his wife, his children and music. He often invited me to his farm on Sundays where he had music sessions with his band mates. When I attended he made sure my children enjoyed themselves by having them ride his horses.

Tom was the General Counsel to the NCGOP. But to me and so many of us, he was much more.

Tom Stark was my friend. Over the last three years he warmed my heart, made me laugh, made me think, challenged me, made me better. I deeply love Tom Stark.

The highest compliment my dad could ever pay another man was this.

I also reserve those words for few. Those who made us better, gave more than they got, helped us grow, and made us laugh along the way.

Tom Stark was a good man, a friend, a fighter for what was right and without question.

“Tom Stark was a man among men”

Tom is survived by a loving wife, two sons and daughters-in-law, three grandchildren, his mother, two brothers, a sister, numerous nieces and nephews, as well as innumerable friends and colleagues.

Tom was a proud Blue Devil, having received both his undergrad and law degrees from Duke University.
During law school Mr. Stark clerked for the Secretary of the Air Force General Counsel. Following graduation, he practiced law in Durham with Newsom Graham, et al. Mr. Stark started his own practice in 1982 and founded the firm Harlow & Stark in 1985 that grew to as many as 12 attorneys. In 1992, Mr. Stark reorganized as the Law Offices of Thomas H. Stark and in 2003 he renamed the practice Stark Law Group.
Tom served as legal counsel to the NCGOP for the last several years. He was on the Rules Committee for the 2016 RNC National Convention. He was also the NCGOP nominee in NC Senate 20 (Durham County) in 2016.