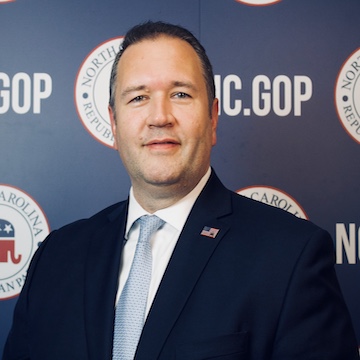 Jason is an experienced campaign operative, having worked on multiple presidential campaigns – to include as the North Carolina state director for the Donald J. Trump for Presidential Campaign in 2016. Most recently he served as the Regional Political Director for Trump Victory overseeing campaign operations across seven states.

Additionally, Jason has worked for administrations at both the federal and state level. He was formerly enlisted in the U.S. Army Reserves as a Combat Medic and Mental Health Specialist.

Jason received a Master of Arts in International Studies and a Bachelor of Arts in Political Science from the University of South Carolina.  He is married and has two daughters.