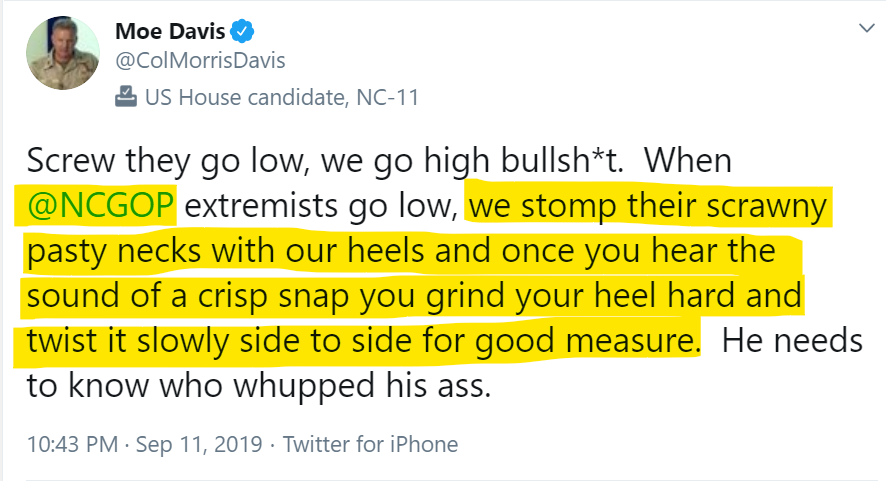 Raleigh, NC - The North State Journal published a story highlighting several repulsive tweets, including an explicit death threat. The tweets from Congressional Candidate Moe Davis are truly disturbing, but fit in with his pro-terrorist record. Davis justified his curb stomp threat by explaining that he was upset about the Republican victory in the 9th district special election. However, it appears that Davis regularly fantasizes about harming Republicans.

Sadly, Davis’s violent threats are not the only deranged things that he tweets. He tweetedsexist, xenophobic statements at First Lady Melania Trump, and Davis maliciously slanders President Trump’s supporters by comparing them with the KKK.

“Moe Davis' tweets demonstrate that he is unfit for office. He should drop out now and apologize for his threats,” said NCGOP Chairman Michael Whatley. “The DCCC, Cal Cunningham, Roy Cooper, Josh Stein, and all of Moe Davis's liberal allies should disavow his hateful threats and racist comments."