Raleigh, NC - While Jill Biden campaigned in Charlotte, Cal Cunningham continued his random stops across the state, taking selfies with unsuspecting citizens. Today, some North Carolinians caught up with US Senate Candidate Cal Cunningham in Charlotte. They asked him some basic questions about his unethical conduct and potential court martial following an investigation by the United States Army. Sadly, Cunningham immediately ran away. 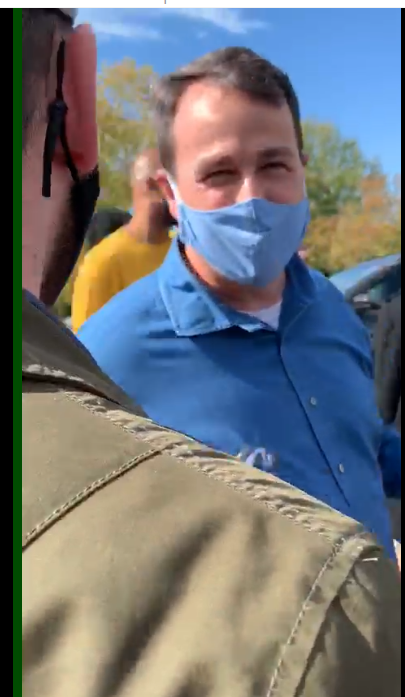 “North Carolinians deserve to know why Cunningham is running away from simple questions about whether or not he will be able to serve in the US Senate, since he is facing a potential court martial,” said NCGOP Press Secretary Tim Wigginton. “The recent revelations about Cunningham demonstrate that his campaign has been one big lie. He started his campaign running as a tough prosecutor; now, Cunningham is running away from questions about a potential court martial.”

This incident shows that no matter how hard Cunningham tries to hide from hard questions, North Carolinians will still ask them.

Here are some of the questions asked of Cunningham that he ran away from:

Did you use campaign funds to facilitate your affairs?

Has the US Army reached out to you about your affair?

What are you going to do if elected and you get court martialed?